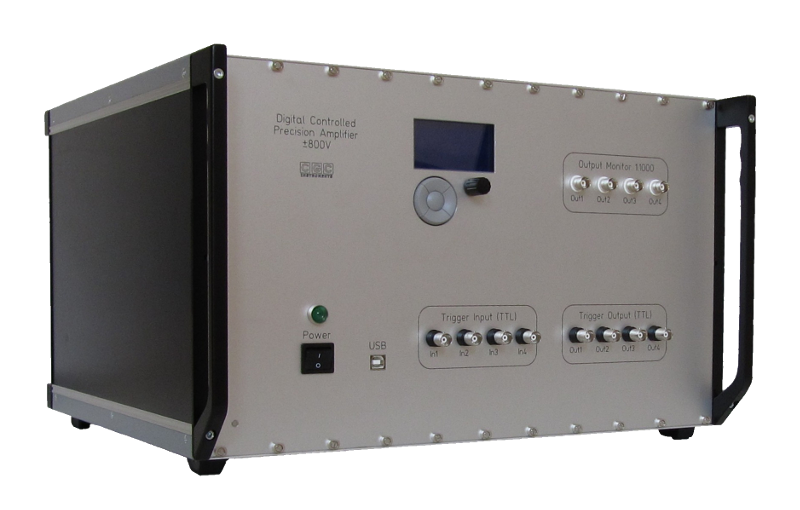 The typical output load of the device is a linear quadrupole trap for heavy ions or microparticles. The device produces an arbitrary waveform that is intended to be used to create the trapping potential. Four output channels provide two pairs of ac voltages, the first pair provides a direct signal, the second pair an inverted one. Thus, the device acts as a 2-phase supply for a quadrupole trap consisting of four electrodes.

The amplitude of the four output channels is freely variable up to 400 V. Since all channels use the same waveform generator, the amplitude is the same on each output.

The offset of the output voltages determines the potential in the trap center and is adjustable in the range of ±400 V.

The trapping can be finished by introducing an extraction phase. During this phase, the voltages at the four output channels can be set to independently selectable values. The extraction voltages can also be within the ±400 V margin relative to the offset voltage, i.e. the resulting output voltage may reach ±800 V as during the waveform generation.

Information on how to open the various file formats can be found here.